WALTER » WALTER, Prague, Czechoslovakia, 1908-1937
If you did not find the drawing or 3d model you are interested in, contact support. Our specialists will try to help you. To contact support, click on this message.


In 1908, Josef Walter, who had been making motorcycles in his workshop for 10 years, introduced a three-wheeled car that looked more like a wheelchair than a real car. Over the years, Walter's cars acquired more and more attractive appearance and, finally, received closed 4-seater bodies. In 1912, the model “W-I” with 14 hp appeared. At the same time, a light “cycle car” was produced with a V2 engine with a working volume of 1250 cm3 from the previous three-wheeled car.
Then there were more advanced models "W-II" and "W-III", which, with external similarity, had different engine displacement. After the war, “WALTER” released the “WZ” model with a low-valve engine of 1540 cm3, and in 1921 a sports “WIZ” with an overhead valve motor appeared on its basis.
A year later, WALTER found itself in a difficult financial situation and ended up in the hands of the industrialist Victor Kumpera and his son. Both had previously worked in France for Peugeot and Hispano-Suiza. In the 1920s, a new Chapter The company was given the opportunity to develop aircraft motors, which gradually became the main product, the production of automobiles declined. In addition, in its policy, WALTER focused on the quality and reliability of machines, not quantity. Suffice it to mention that racing versions were created on the basis of ordinary passenger cars with only minor changes. For example, the standard model with a 4-cylinder engine with a displacement of 1945 cm3 and an overhead camshaft turned out to be a very competitive racing car with a top speed of 160 km / h. From the 1928 model with a 6-cylinder overhead valve engine with a volume of 2496 cm3 "came" a racing version with a 125 hp engine. It became so famous that WALTER decided to launch it with a less powerful 6B engine. Customers who preferred a sporty style could purchase this version also with a Cozette compressor. Later the model was further improved: it received 4 -step synchronized gearbox of the “Maybach” system.
In the late 1920s and early 1930s, the WALTER program included a small Junior with a 980 cm3 engine and a Bijou with a 1438 cm3 engine, comfortable Prince and Lord, as well as Super and "Regent" with power units in 2496 and 3257 cm3. The most luxurious WALTER car was the "Royal" with a V12 engine of 5879 cm3, manufactured in 1931-1934 (only 12 of them were made). In 1931, WALTER built a second version with a V12 engine of 7354 cm3, but the most popular were two comfortable cars - the 3-liter “Standard” and the “Super” with the 3.3-liter engine. “WALTER” also produced some “FIAT” models, including the popular “Ballila” with overhead valves in 995 or 1089 cc, and “514” (1438 cc) and “521” (2516 cc) models sold under the name “Walter Lord”. Cooperation with FIAT allowed to build a sports “Walter-6B Super” with a 3257 cm3 engine with a “Ballila Sport” style body. On it in 1934, the driver Jindrich Knapp won an important victory in the 1000 Miles of the Czech Republic. In 1936, WALTER discontinued production of passenger cars and switched to aircraft production. 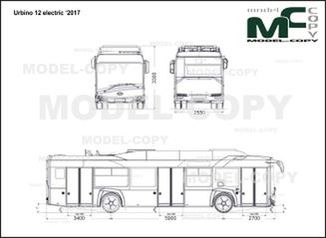