VANDEN PLAS » VANDEN PLAS, London / Abingdon, UK, 1960-1980
If you did not find the drawing or 3d model you are interested in, contact support. Our specialists will try to help you. To contact support, click on this message.


British "VANDEN PLAS" was founded in 1923 as a subsidiary of the famous Belgian bodywork company "VANDEN PLAS". In June 1946 it was taken over by Austin for the production of the top class Princess. In 1960, "VANDEN PLAS", which became independent again, began to independently produce the car "Princess de Luxe", based on the units of "Austin", but looking more attractive. In 1964, on the chassis "Austin-1100" appeared the more comfortable "Vanden Place -1100 "with a front-wheel drive layout, a transverse engine and hydropneumatic suspension. For the most prestigious 1965 Princess-R model, the Rolls-Royce engine with a displacement of 3.9 liters was chosen. In June 1967, the small-displacement" Vanden Place-1300 ", which since 1973 has remained the only car of this brand. The latest “Vanden Place-1500” is an improved version of the serial “Austin Allegro”. In 1979, the VANDEN PLAS plant was closed, but for a year after that, production continued at MG. 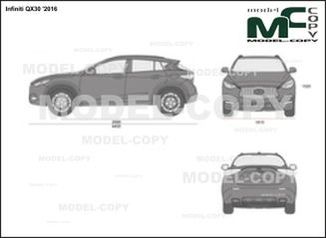